Mayhaws are old-fashioned backyard fruit trees. They are not commercially grown in numbers sufficient enough to warrant much study on the diseases of these trees and their cures, however. Mayhaw cedar quince rust is a common problem on these plants. A few management strategies can help reduce the incidence of rust on mayhaw.

Symptoms of Rust on Mayhaw

Quince rust, or cedar quince rust, is a serious disease of pome fruits, one of which is the mayhaw. The disease is a fungal issue that appears in spring. Cedar quince rust of mayhaw actually comes from cankers on cedar trees. These cankers bloom and the spores travel to pome fruit trees. The fungus also infects quince plants. Controlling mayhaw cedar rust in members of the rose family requires early pre-bloom fungicide application.

Apples, quince, pears and mayhaw are prey to this disease. The twigs, fruit, thorns, petioles and stems are most commonly affected in mayhaw, with symptoms rare on leaves. After the tree is infected, signs show up in 7 to 10 days. The disease causes plant cells to swell, giving tissue a swollen appearance. Twigs develop spindle-shaped protrusions.

When leaves are infected, it is the veins that are most evident, with swelling that eventually contributes to the leaf curling and dying. The fruit fails to mature and ripen when infected with mayhaw cedar rust. It will become covered in white tubular projections which split in time and show orange spore formations.

The fungus Gymnosporangium is responsible for mayhaw cedar quince rust. This fungus must spend part of its life cycle on a cedar or juniper plant. The next step of the cycle is to jump to a plant in the Rosaceae family, such as mayhaw. In spring, cedars and junipers with the infection form spindle shaped galls.

These galls have evident orange spores and are perennial, meaning their infection potential returns each year. Wet and humid weather promotes the formation of the spores, which are then transported to pome plants by wind. Mayhaws are most susceptible to infection as blossoms open up until petal drop.

There are no mayhaw varieties with resistance to this type of rust disease. If at all possible, remove any juniper and red cedar plants within the vicinity of the tree. This may not always be practical, as the spores can travel several miles.

The fungicide, myclobutanil, is the only treatment available to home gardeners. It must be applied as soon as flower buds appear and again prior to petal drop. Follow all manufacture instructions and precautions. Alternatively, use the fungicide on infected cedars and juniper early in the season and several times until dormancy in winter.

This article was last updated on

Quince Rust is caused by the fungus Gymnosporangium clavipes. Fruits in the pome fruit group (apples, quince, pear and mayhaw) are susceptible. A unique aspect of this disease is that the eastern red cedar and some junipers are essential for the continuation of the disease from year to year. The fungus completes part of its life cycle on the cedar and junipers and part on the mayhaw.

In mayhaw the fruit is affected and on cedar trees cankers are formed on the twigs, limbs, or trunk.The mayhaw fruit infected with the fungus will look spiny with a coating of orange powdery fungal spores.The mayhaw fruit is susceptible to infection by the fungus as the blossoms open and until shortly after petal-fall.The correct temperature and moisture for the fungal spores to germinate and infect the blossoms must occur for there to be an infection.

Management of quince rust would start with planting a selection of mayhaw that has resistance to the disease if available. If you already planted a susceptible selection, then the elimination of cedar and junipers close to the mayhaw would reduce the number of fungal spores that could cause an infection. This may not be very practical.A fungicide application from the time the flower buds begin showing color through bloom would help manage the disease. Fungicides available for homeowners are sulfur or myclobutanil. Copper fungicides may be used but not during bloom. For more information on fungicides for homeowners click here.

Read the product label to make sure the product is labeled for quince rust and can be applied on mayhaw. Follow the mixing instructions and the pre-harvest interval.

Hawthorn twigs, fruits, petioles, thorns and leaves may be infected, with symptoms becoming visible about 7-10 days after infection. Fungal infection results in the production of abnormally large cells (hypertrophy), causing the host tissue to appear swollen. Infected hawthorn twigs have spindle-shaped swellings. Veins, a common infection site on leaves, swell and host the spermatial stage of the fungus. The spermatial and aecial stages of the fungus are produced on infected twigs, fruits, petioles, and at the base of thorns. Diseased leaves curl and die, but do not produce aecia. Infected tissue typically dies after aecial production, resulting in twig dieback.

Aecia with orange aeciospores on fruit


Mayhaw – a Native Fruit Tree Worth Considering for Niche Markets

The last year has been wet and stormy and the trend continues as we leave winter behind for spring. Fruit growers may be searching for a variety tolerant of excessive moisture, that will grow well in our waterlogged soils? Well, look no further than the humble mayhaw (Cratagus aestivalis, C. rufula, C. opaca), a fruit that’s been enjoyed in parts of the southern U.S. for generations, but is virtually unknown in other locales.

Mayhaw fruits have traditionally not been cultivated, but were collected in the wild. As early as the 1800s, they have been collected from boggy or swampy areas for their excellence in producing jelly. As more swamps were drained or fenced off throughout the 20 th century, many traditional mayhaw collection sites either disappeared or became inaccessible. Thankfully in the 1980s, efforts were made by the University of Georgia (UGA) to collect, evaluate, and select for mayhaw cultivars that will grow on both wet and dry sites.

Due to these efforts, the mayhaw is now less obscure, but still far from a household name. Over 21 cultivars have been tested for crop production by UGA. Although in the wild they grow without human assistance, planted in a cropping situation mayhaws will need to be fertilized twice a year with 10-10-10, sprayed with dormant oil to control scale, and sprayed on an as needed basis with fungicides and insecticides similar to peach production. Further explanation on this care program is noted in Circular 966 “Experiments and Observations on Growing Mayhaws as a Crop in South Georgia and North Florida”.

One particular pest to look out for in mayhaws is cedar-quince rust, Gymnosporangium clavipes. This fungus also occurs on pear, apple and quince. Cankers form on eastern red cedar host plants, which transmit spores to the mayhaw fruits. These spores germinate on the mayhaw and render the fruit inedible. Although myclobutanyl, a fungicide that offers some cedar-quince rust control exists, is a good strategy to plant mayhaw trees as far from cedars as possible.

Unlike peach trees, mayhaws should be initially pruned at one-year-old to establish good branching structure, then left alone, except for removal of dead or diseased wood and crossing branches. This is because partially shaded fruit will have better quality. The fruit tend to scald in extreme sunlight.

Overall, mayhaws require less intensive management than peaches. Additionally, they offer growers an opportunity to join a niche market for fresh sales to private and commercial jelly makers. Growers can also make and sell their own jellies, preserves and candies under Florida’s current cottage food law. It might be time to give mayhaws a try!

For more information, use the following links:

Quince rust is a fungal disease that attacks fruit of mayhaw, apple, quince, and pear. Infected mayhaw fruit will have a spiny appearance with a coating of orange, powdery fungal spores. Mayhaw are susceptible to infection during the bloom through petal-fall period.

A unique aspect of this disease is that the Eastern red cedar and some junipers are needed for completion of the disease life cycle. The pathogen completes part of its life cycle on cedars or junipers and part on mayhaws. The disease affects the fruit on mayhaws while the disease manifests itself as cankers on the twigs, limbs, or trunk of cedars and junipers.


Watch the video: How to Grow Mayhaw Trees

App to care for plants 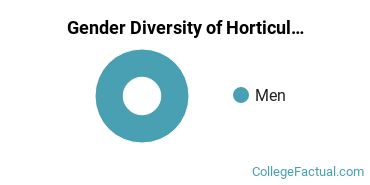 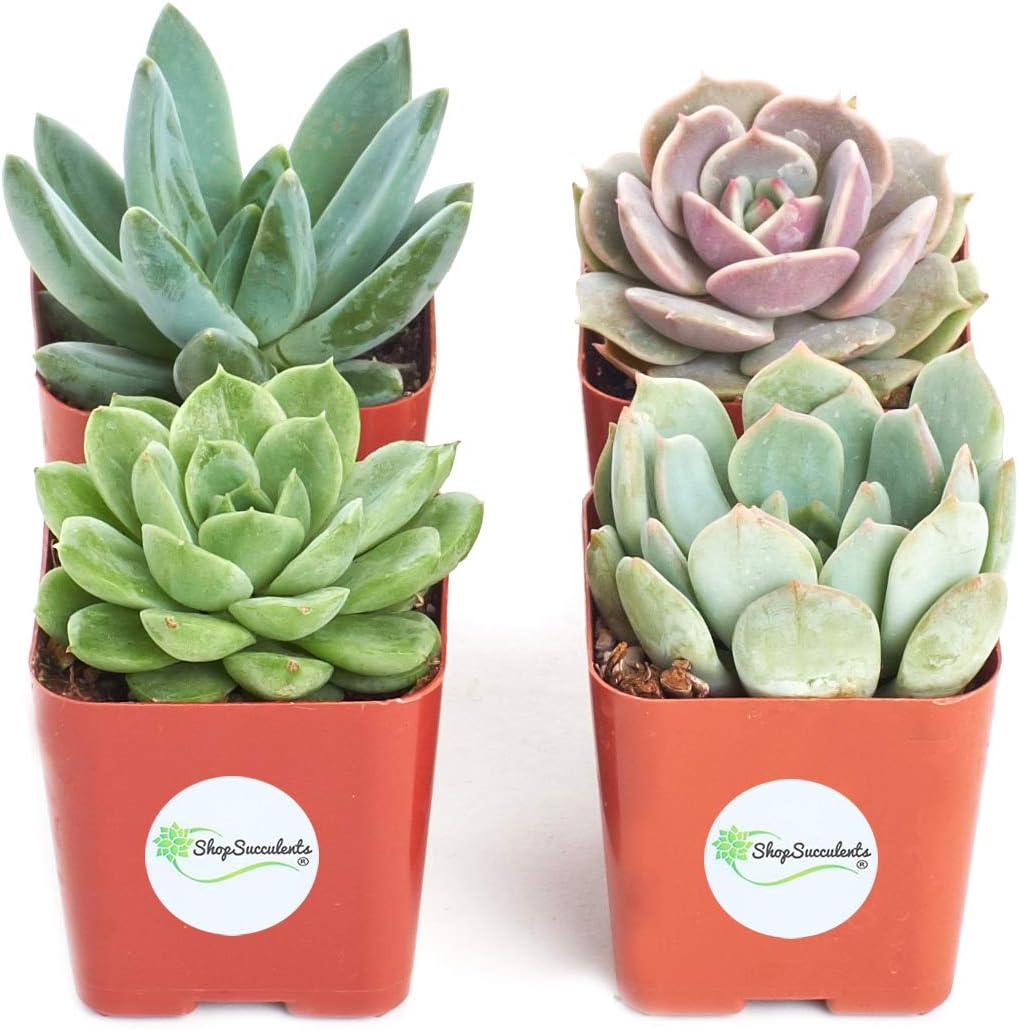 How to take care of spikes plant